'The wind is sometimes so strong that we can't shut the door and if we do the rain is still driven under it into the hallway'. 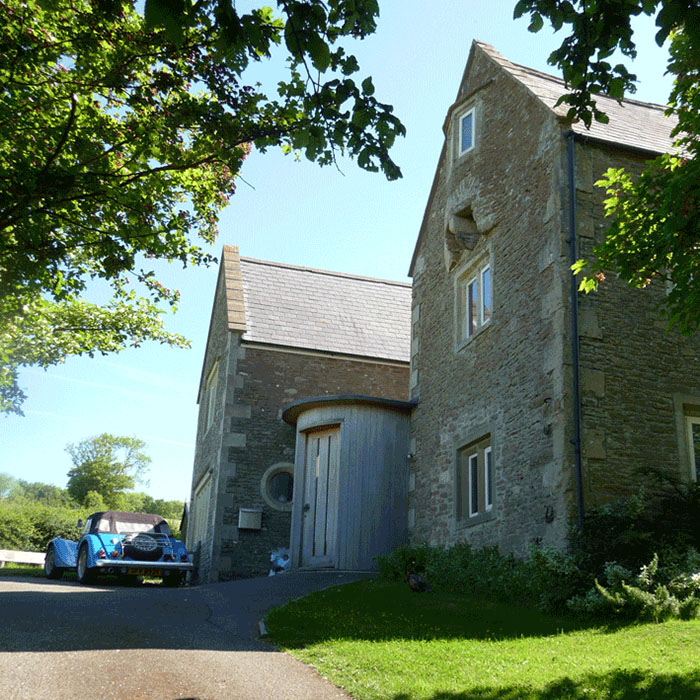 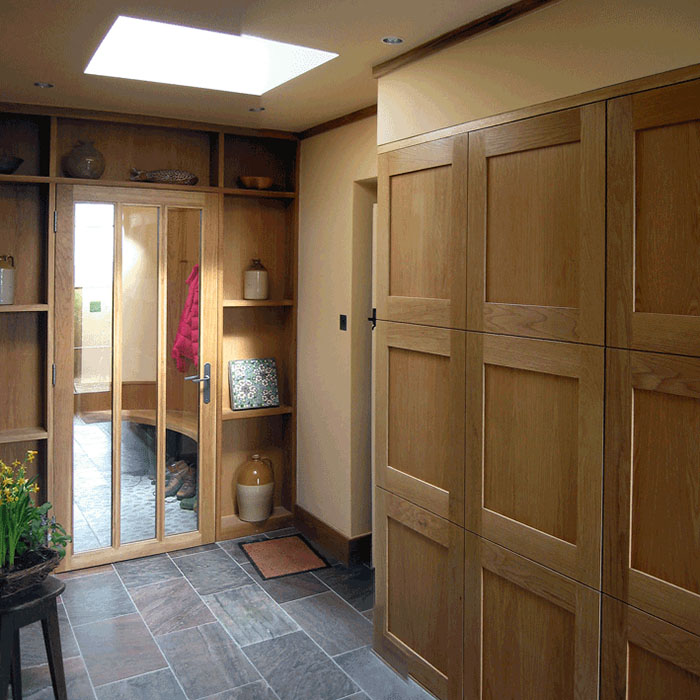 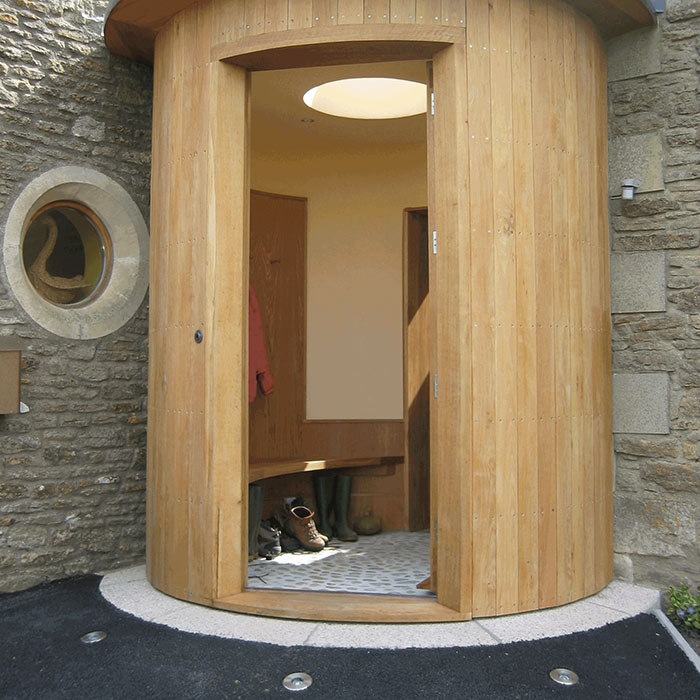 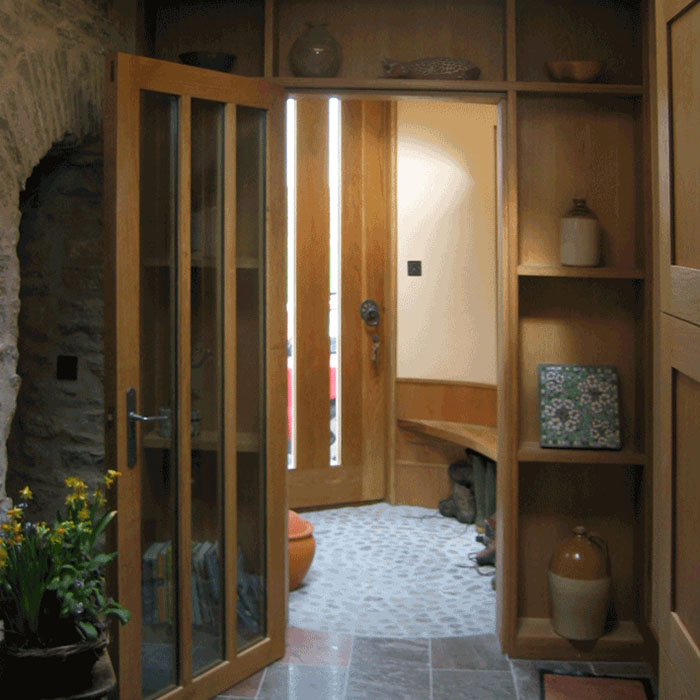 This listed 17th Century hunting lodge sits on the side of a hill in a valley running East/West and is obviously very exposed.

It was extended in the 1980's after a long battle with the Conservation department so they were obviously going to pay close attention to any proposed changes. After pre-application discussions and careful presentation of the proposal to them consent was granted on the first attempt.

The technical answer was to build a buffer zone. Architecturally this became a defensive drum with a heavy oak door and narrow, 'arrow slits' on a diagonal axis so that it's obvious when you approach the building. Once inside  the circular roof light emphasises this point  and the axis changes. Another door, this time glazed as an inverse image of the first, opens into the hallway. The materials also change from sawn Oak, rough granite, and cobbles, to planed Oak and fine stone tiles .

The buffer zone worked well and the clients came back for a second project some years later, see Keepers Cottage Cube. 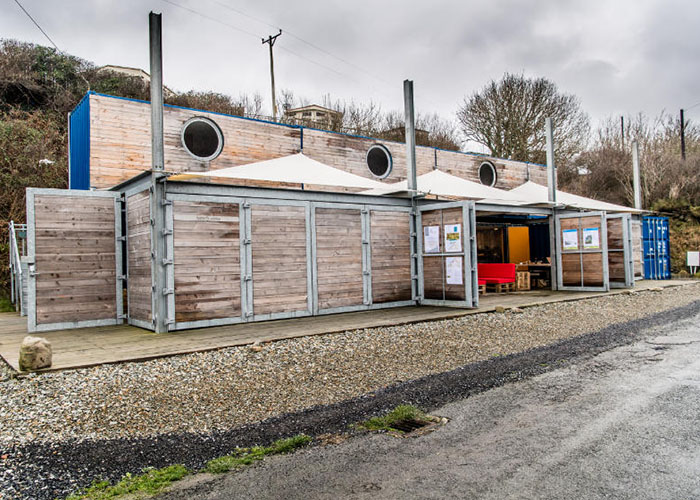 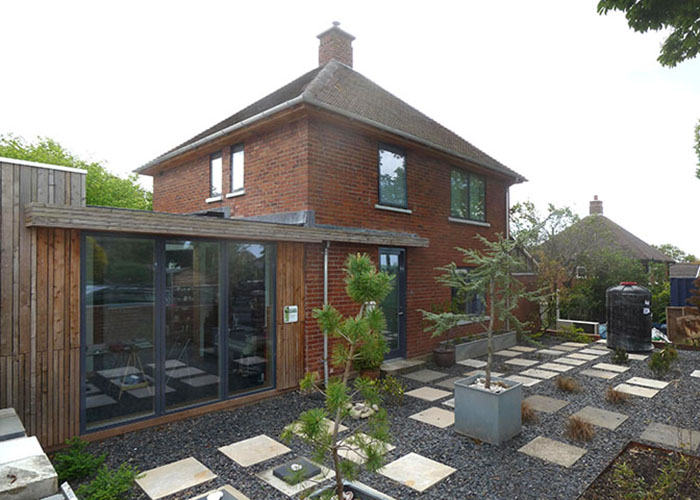 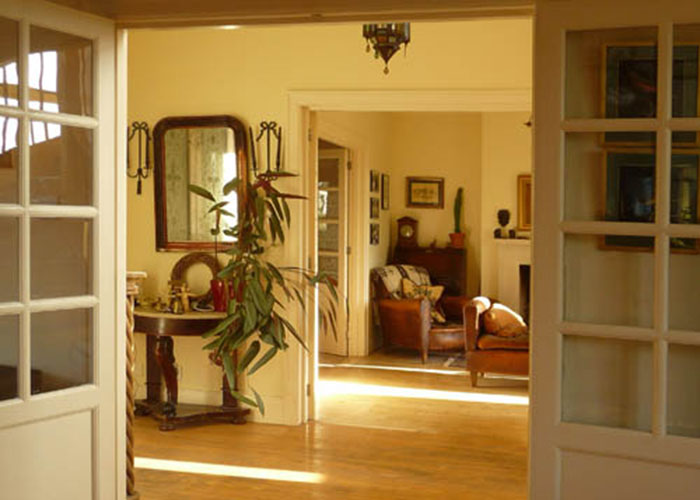 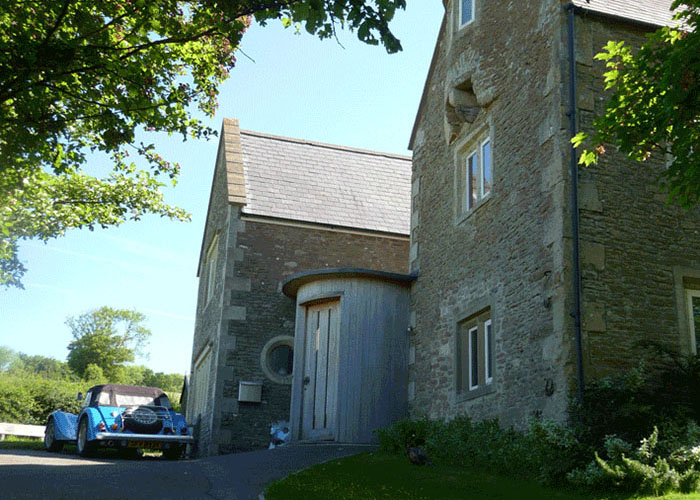 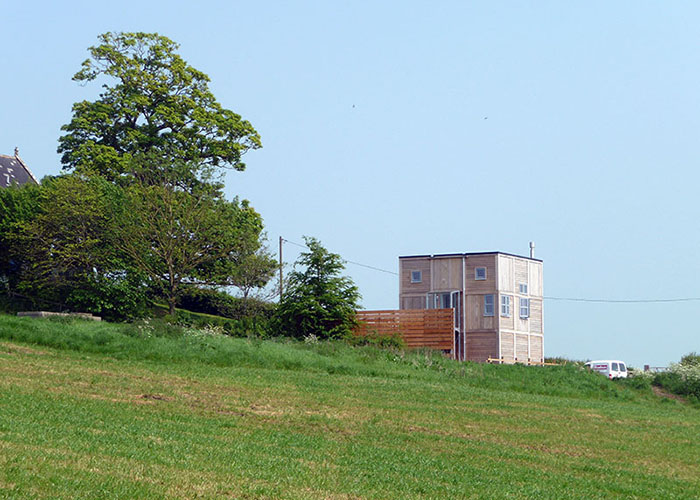 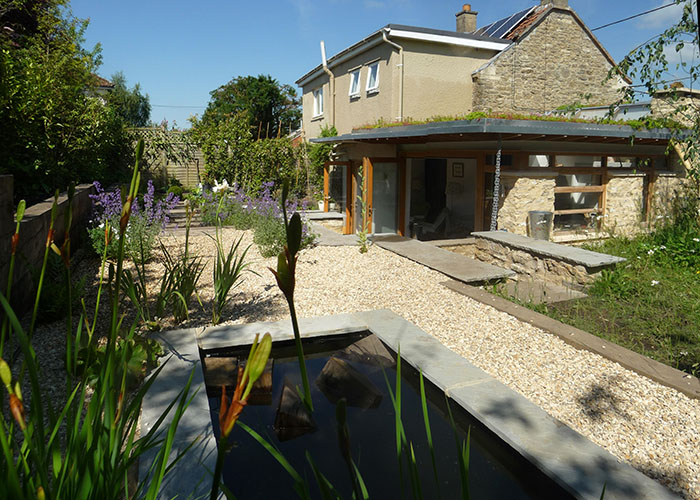 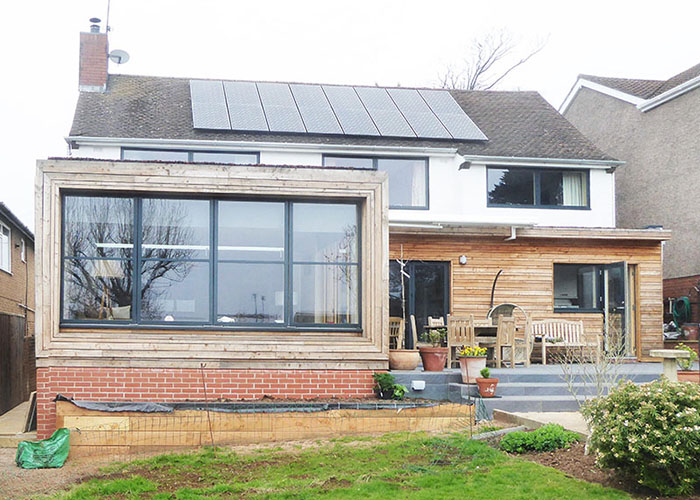 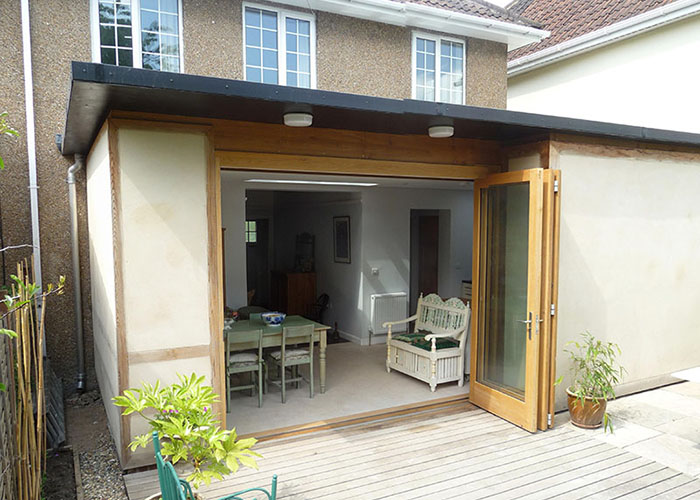 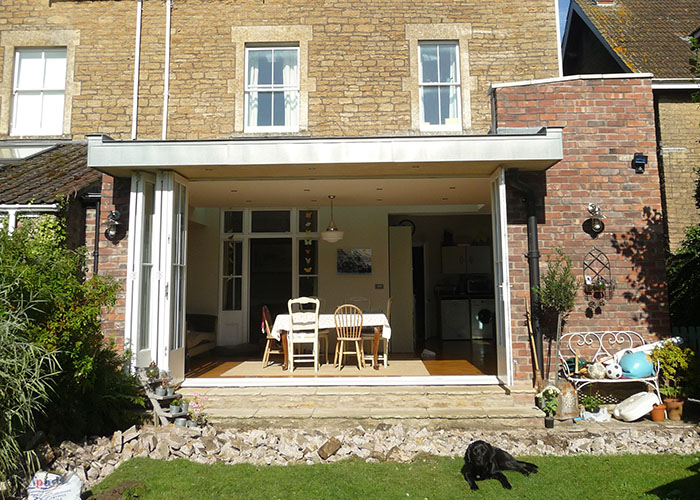 We have the expertise and knowledge that you need to ensure that you get the best possible result for your money.

The process starts with a free, no obligation questionnaire, which we complete when you first call us.

It's the quickest way to decide if we can help.